Buffoonery Workshops is NOT just about becoming a professional clown of sorts. If you want to, you can, but my workshops are here to help you as an actor, deepen your performance with explored subtext; as a non-actor, give you improvisational skills to help you deal with your work and your day to day.

Yup! It looks scary… but it’s not that bad. Depending on how much time we spend together will determine the level you will explore. 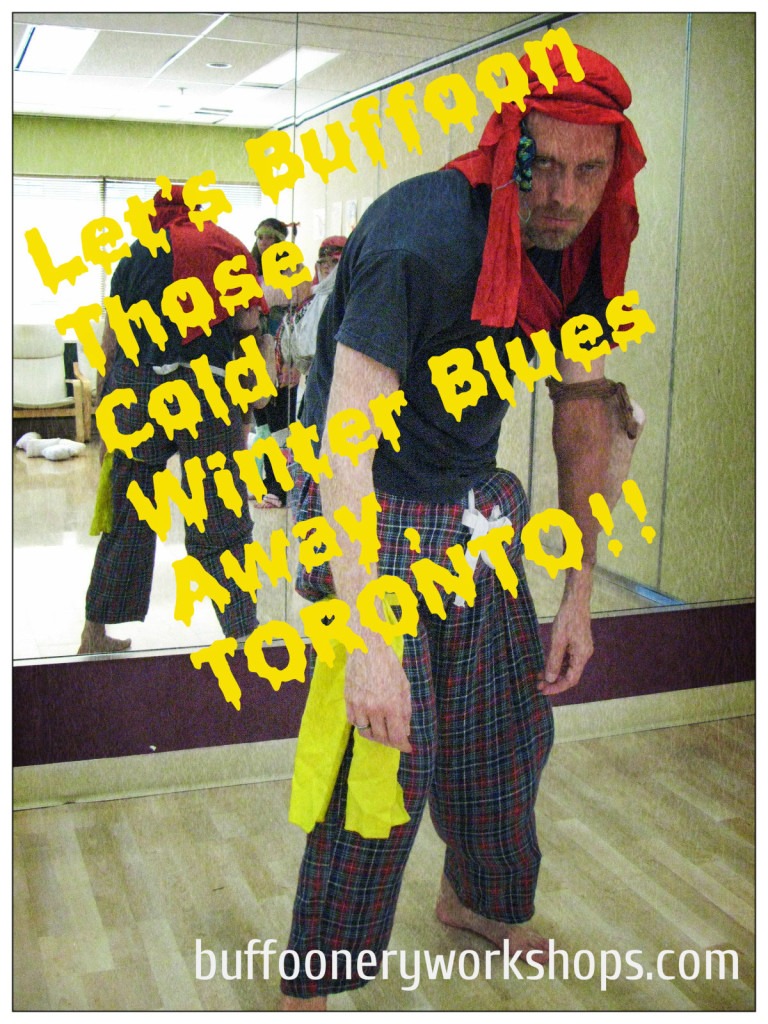 Buffoonery Workshops is coming to Toronto to give an intro workshop! Check it out!

These people recognize that play is just as important as a fitness workout, eating correctly, and any self-development educating learning. I commend them for getting curious about what a Buffoonery Workshop could offer them. 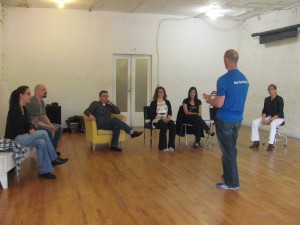 The word “buffoonery”, the English definition of the tricky technique for this team-building process based on the French “Bouffon”…

…can startle people and give an impression of “not serious”, “silly”, “un-productive playing”, and cause them either to laugh, and want to know more, or smile while thinking “this is not for me, and much too foolish”.

Some of that is true. Yes, it’s silly. Yes, it’s not serious. Yes, it’s foolish. But, according to many studies, play proves to be a crucial element for effectively maneuvering in this world and most definitely NOT unproductive! Acclaimed writers Daniel H. Pink, Stuart Brown M.D., and Jonah Lehrer all address the importance of play.

I asked some of the group if they had any impressions after the workshop they would like to share.

“What I took away as a precious gift from you, Trilby, as you led us in a safe and trustworthy environment, was that I became aware of letting my energy (emotions) flow; then I started to feel and connect with what is really important to me on my journey in life. The biggest reflection from the workshop in my mind is “connecting with me through the eyes of others”.

We enjoyed your unbridled laughing, Margarete!

“Brilliant experience: for self-growth, for therapy, for discovering yourself and of course for FUN!!! Truly honoured and happy to have the chance to be a Buffoon! Thank you sincerely, Trilby!” Dr. Dilyana Nestorova 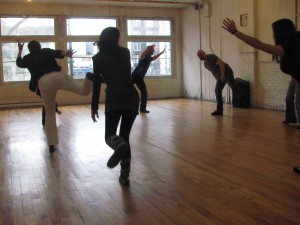 Getting into our bodies!

Knowing your trepidation for “performing”, Dilyana, it was fun to see you dive in!

“I loved doing the buffoonery session so if I were to say something about it – I would have to say how much I enjoyed getting out of my shell. It really loosened me up around a group of people that I try to be more business-like around and realized that it’s more fun to relax and be yourself.” Marlise Mellett

You work in a playful environment, Marlise. I appreciate that you wanted to explore that further!

As an already wonderfully expressive person, Rhiannon, it was great to see you play more, and also aid in giving permission to the others to play. Thank you! 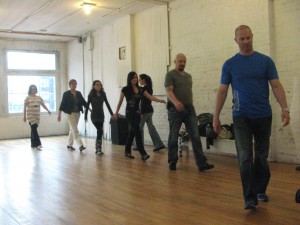 Everyone helps you to find your ‘Bouffon’!

“Taking the time to search deep into my Buffoon was a truly amazing experience. You took control, you knew exactly how to make me open up, perform, and relax, but most of all have FUN!!!

I really am a confident individual, and through your workshop, I feel even more confident in a different way. My business is of a serious nature, and my personality can reflect that.  However, with just a few little tweaks from you, getting me out of my comfort zone was really a huge achievement.”

As someone in the Fitness business, Jason, you realize how important it is to connect with our bodies. When we are in tuned with what are bodies are doing, it can be enlightening, and helpful to our every day. Thank you, for boldly taking it a step further. 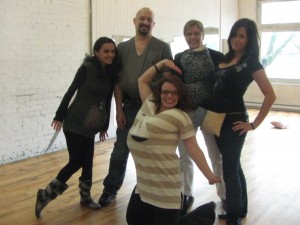 A few of the bouffons!

It is always a joy for me to witness each individual’s personality pop out in a safe, free environment. I can’t think of a better mission in life.

Is play a priority in your life?

“To be yourself in a world that is constantly trying to make you something else is the greatest accomplishment.” – Ralph Waldo Emerson

It’s the love scene in “All’s Well That Ends Well” by Shakespeare:

I’m playing the boy. My partner is playing the girl. And, we’re both bouffons. The production is en Francais and we’re having a ball mocking this scene, as bouffons do. Ce n’est qu’un plaisir!

I come off stage for my next change, back into a “normal” character and realize how free I feel. I also realize that my devilish inner voice that taunts me, tells me I’m not good enough, has been flushed into the outer world. Nowhere near me.

“This has got to be good,” I think to myself.

Considering my wonky start with the bouffon training with my mentor, Marc Doré who studied with LeCoq in Paris, I was suddenly wooed over. A great big fat AHA! moment.

“I wasn’t over-thinking my performance, my opinions were clear, and I had fun playing with my partner.” 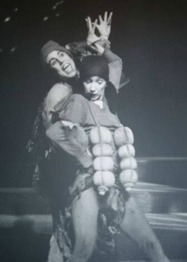 It was everything you strive for as an actor.

20 years later, I decided it was time to bring this gem I had in my acting toolbox to the forefront. I holed up in my apartment in Vancouver, played my favourite music, and spent two weeks designing my first official “Buffoonery Acting Workshop”. I was lost in the joy I felt as I created a path for others to discover, with all the wacky gifts along the way.
March 2007 was the official launching of the workshop and 5 eager participants showed up. Brave bouffon warriors.
Almost six years, and approximately 700 plus bouffons later, Buffoonery Workshops is gradually becoming “Buffoon Culture”. It has become not only good for actors, but also for the non-actor.

Here we will only peek at the actor experience.

“What do you do for a living, Trilby?”

In social settings where I answer what my main focus is in life, “Buffoonery Workshops”, there is always a double take. And, I don’t blame them. I repeat, and then give a general idea what it is I do. Or more importantly, what people do in my workshop.

When a group of actors begin my course, whether it be a 6 week program, or a 2 day intensive, or even a mini-coaching, there needs to be a safe place established. Safety is paramount, in my opinion, in order to reap the full benefits of the journey.

We talk about each person’s experiences, obstacles, and goals for their acting. Some of the obstacles I hear are: “I think too much”, “I don’t trust myself”, “I’m too aware of my body”, “I’m afraid of forgetting my lines”, “I want to be more truthful”, “nervous”, “worried about what others think”, “want to be more connected”… and so on.

I assure everyone that they will be so involved with what they are doing as a bouffon that most of those “voices” will disappear. For the time being.

When people ask me what is a bouffon, I start by suggesting it is similar to a clown, but not really. Then I compare the two entities: the clown generally seeks approval from its audience; the bouffon doesn’t give a s…t! Hence, being in a bouffon state is very freeing.

Because the bouffon loves to mock us, the human world, he/she has a very clear opinion of the situation and the character it is ridiculing. This is very helpful for the acting world.

As an actor, your job is to discover what is hidden underneath the obvious text, paragraphs, scenes, and story. Subtext. As in life, what we say can’t always be literally translated. How many times have you said “fine” when you meant the opposite? And that is just one word!

I have dug around, myself, in many plays, scenes, lines to find out what is really being said. This sleuthing will inform me in how I deliver a line.

But, sometimes, sitting on our butt, script in hand, pencil in mouth is not the best way to discover the answers. We also need to move. And, sometimes we need to move BIG.

That’s where I come in.

“Imagine you are downtown driving a Porsche. Yeah… so what? It’s a Porsche, yeah, but you can only drive it 50 km an hour. You can see that the car can go fast by the speedometer, but, that’s all you know.”

“One day, you take your Porsche out to the desert where it’s really safe, and the road is straight. You start to drive it. Really drive it. FAST. You grasp the wheel tighter, you sit up, and you pay attention!”

You go back to the city, still driving the same car, back to 50 km an hour, but now you are different. You understand the power beneath you. You hold the wheel with a different, knowing grip. Your posture is different. There is a glint in your eyes that wasn’t there before.

This is what we do in Buffoonery Workshops.

I take you to your extreme, bring you back, and leave you with a knowing, a confidence that wasn’t there before. The participants will buffoon a monologue or a scene just as I did in my Shakespeare play.

Oh, and, that glint? It’s got a sense of humour.

But, let’s back up for a moment. You still might be wondering, “Yeah, but, what is the bouffon, and where the heck does it originate.”

We need to go far back, way back to the time of “Le Renaissance” and Philippe Gaulier one of the great mentors of LeBouffon.

Some explanations about Le Bouffon:

“Bouffon is an art form, which originated with the ‘Ugly People’ of France during the French Renaissance. Gaulier said excessively ugly people, lepers, and those with disfiguring scars or deformities were “banished to the swamp.” The exception was during festivals, when the bouffon (or ugly people) were expected to entertain the ‘beautiful people’.”

“During these performances, the bouffon’s goal was to get away with insulting or disgusting the beautiful people as much as possible. Typically, the bouffon would target their attack on the leaders within the mainstream of society, such as the government or the Roman Catholic Church.”

Originally, when LeCoq encouraged his students to mock one another in the spirit of le bouffon, the exercise failed. The “mockee” felt insulted, and not comfortable. LeCoq realized that the bouffon had to have some distortions (much like the “ugly people of the renaissance”) in order for the mockery to be effective. Bumps and lumps appeared, and that worked!

The “mockee” was able to laugh at him/herself, and became more enlightened.

The benefits from working with le bouffon include working well with your colleagues (the hierarchy is accepted in the bouffon gang and there is no conflict), and releasing a self-consciousness about your physical self, thereby freeing yourself to play honestly.

Le Bouffon helps us reunite with what is already in us from our early years. And, as audience members, we know that when the actor is having pleasure in playing the story, we are relaxed, and involved.

Please have a browse  the Greater Vancouver Professional Theatre Alliance website where this article had it’s debut.