I’m pleased to introduce a beginning of guest posts on Buffoonery Workshops with a very apt article by the New York Film Academy.

As you know, or if this is the first time coming to my site, I am an actor, writer, and overall creative person. My visual artistic family taught me how to embrace my right brain, but also introduced me to the business side when they opened their own shop. Unfortunately, many actors learn their craft but miss out on that ever so crucial element of the business side.

Enjoy reading what Glenn Kalison has to say with regards to being an actor and a business person. 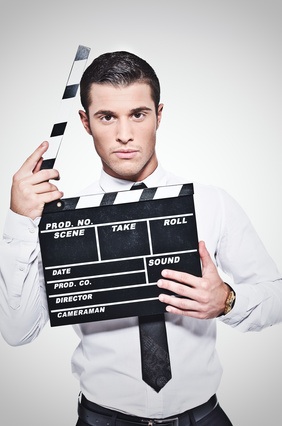 “Good looks and developed talent can only get you so far.”

“The actor, who actively manages his or her career, including working as one among many on a production set, is more likely to achieve success and manage earnings wisely.”

Acting is an art, and most accomplished actors speak of their “craft” as one of creative expression. That is no less true today than 20, 50, 100 and 1000 years ago. But the most successful actors and other types of performers also think of themselves as a business. This is because an actor ultimately must have a valuable and high-quality product, must deliver to a client’s expectation, and must manage cash inflow such that there is a profit when the show is over.

To a performer who is just starting out, this might seem like a distant need. But in fact anyone who plans to earn their living in movies, television or on the stage should consider their business objectives while attending a school for acting. The following tips are among those we teach at the Acting & Film School at the New York Film Academy. It includes advice that can carry you from the earliest stages of your career through to retirement (if you ever in fact do plan to retire – many actors don’t):

Does considering one’s art a commercial enterprise ruin it? We certainly hope not. Most people who are successful at working in the industry reconcile themselves with the business end. Consider it a necessary evil, or simply understand the pragmatism of it: a lot of money can be made in entertainment, and you might have a shot at getting a piece of it. But just like any other business, you have to provide a worthy product, negotiate your price and hold onto your earnings once you have them.

Glenn Kalison received his Master of Fine Arts degree from the University of California at Irvine and has since worked as an actor on films that include Clutter (with Carol Kane and Natasha Lyonne), The Good Shepherd (with Matt Damon and John Turturro) and Mystery Team (with Aubry Plaza and Donald Glover), a Sundance Film Festival hit; and on television productions that include Law and Order, Law and Order: SVU, Law and Order: CI, Smash, Lights Out, As the World Turns among others; and many off-Broadway and regional stage productions. He is the Chair of the Acting Department at the New York Film Academy.

Buffooning as play…. Does your company need team-building?
Scroll to top