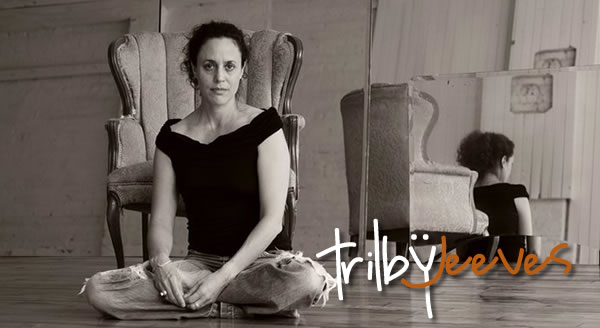 Trilby Jeeves was the first English student to be theatrically trained in her second language for 3 years at Le Conservatoire d’Art Dramatique in Québec City. She followed the teachings of Marc Doré (who studied at Lecoq in Paris), Paule Savard , Jean Guy, Denise Gagnon, Yves Erik Marier, and Jacques Lessard who created the “REPERE” method of creating theatrical work, with Robert Lepage.

She went on to perform in both languages, eventually coming back to Vancouver. In BC, she worked with Théâtre La Seizième, The Raymond Burr Theatre, First Impressions Theatre, and other companies. 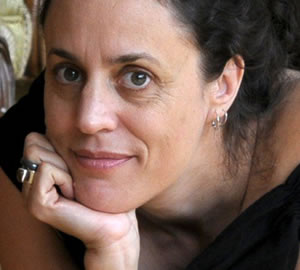 In between working as a costumer in the film industry, Trilby directed the first French Canadian productions in Vancouver of “Les Monologues du Vagin” two years running as well as teaching improvisation and buffoonery en Français, throughout various schools in B.C., and Prince Edward Island. She taught “Le Bouffon” at Tooba Physical Theatre Centre, and teaches at VanArts in Vancouver, Canada. 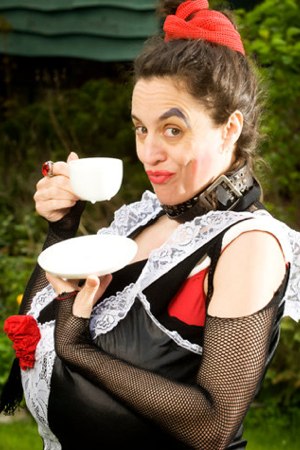 In 2008, she took her work internationally and taught her Buffoonery Acting Workshop in Humacao, Puerto Rico. Also, with colleague, Peter D. Marshall, she co-trained a “Directing the Actor” workshop in Singapore for Media Corp, and gave directing workshops in Shanghai, China.

As a writer/actor, Trilby created her one woman show, Dusty Shoes, and performed at the Edmonton and Regina Fringes 2013, and in Prince Edward Island, in 2015 at the Carrefour Theatre and the Kings Playhouse in Georgetown. Her bouffon, Madame Rouge makes an appearance in her show.

Trilby is passionate about helping people break through their critical and overworked thoughts to reach the honest depths of instinctive performance. Having been through “Le Bouffon” process herself, she understands the release of being completely involved in performance and not worrying about the million things our minds believe to be important.  And, more significantly, she just wants people to play!

For more information and to book a WORKSHOP, please contact: Trilby Jeeves 604-922-3744